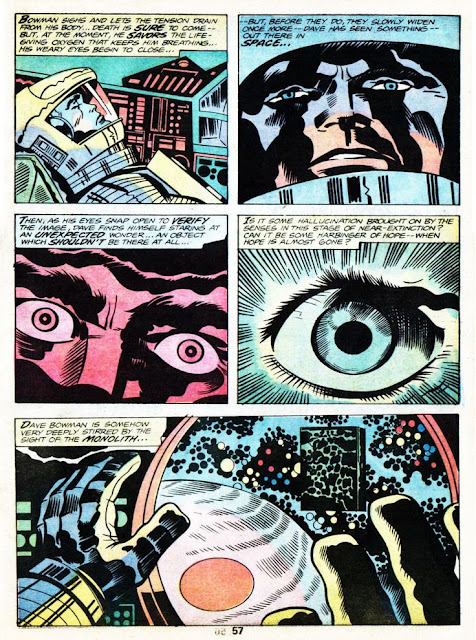 Not only did Jack Kirby create an incredible, tabloid-format adaptation of Stanley Kubrick's "2001" back in 1976, he wrote and illustrated 10 issues of a continuing 2001 series, creating his own stories loosely inspired by the film.

Unfortunately, presumably due to rights issues, none of this work is in print - not even now during the 50th anniversary year of the film. But at least the Jack Kirby Museum is highlighting the occasion with a special pop-up exhibition of Kirby's 2001 art in New York opening tomorrow.

Just in time to celebrate the 50th anniversary of Kubrick’s cinematic masterpiece, the Jack Kirby Museum will present an oversized reproduction Kirby’s adaptation of the movie, compilations of the photocopies of Kirby’s pencil art for his subsequent stories, which have never been reprinted, as well as dramatic, multimedia performances of three of these stories.

“Jack Kirby’s 2001: A Space Odyssey comics were pure Kosmic Kirby at the top of his craft, expanding on the 2001 story in ways not even masters like Kubrick or Clarke could have imagined,” Kirby Museum Acting Director, Rand Hoppe, offered in a statement. “We can’t wait for fans to have their minds blown by the stories AND the visuals.”

“The comics on display for A Jack Kirby Odyssey were painstakingly reproduced from the photocopies of Kirby’s pencil art,” adds Kirby Museum President, Tom Kraft. “The oversized comics at our Kirby 100 birthday celebration at One Art Space were big hits. We expect people will love seeing Kirby’s cosmic pencil art at large size, too.”

Here are the hours of operation:

Here’s the schedule of events…

The Kirby Museum’s A Jack Kirby Odyssey will only run from May 11 – 13. One Art Space is located at 23 Warren Street in Manhattan, NY. 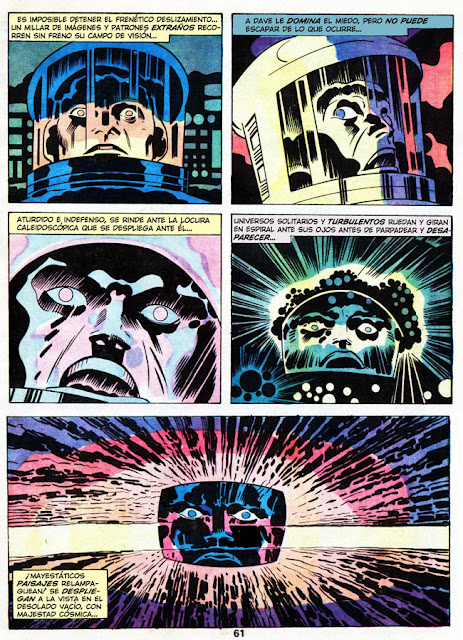 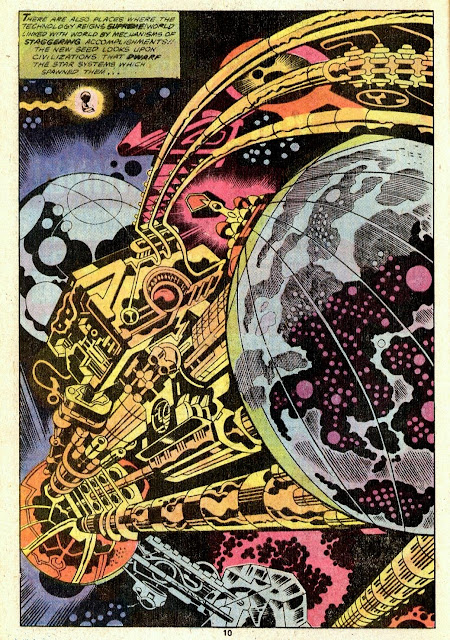 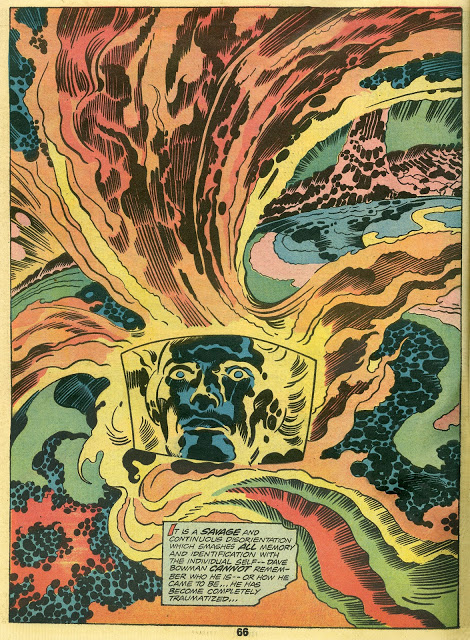