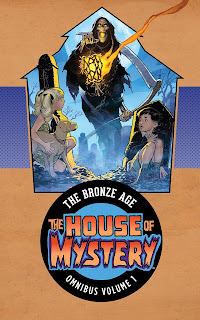 House of Mystery: The Bronze Age Omnibus Vol. 1
As one of the most celebrated anthology titles of the Bronze Age of comics, THE HOUSE OF MYSTERY cemented its iconic status in the 1970s under the transformative leadership of editor Joe Orlando, whose impeccable instincts yielded a cornucopia of devilish delights in every intriguing issue.HOUSE OF MYSTERY THE BRONZE AGE OMNIBUS VOL. 1 collects issues #174-200 of the acclaimed series and features tantalizingly terrifying work from a host of comics' greatest talents, including Bernie Wrightson, Alex Toth, Gil Kane, Marv Wolfman, Wally Wood, Neal Adams, Sergio Aragonés and many more! 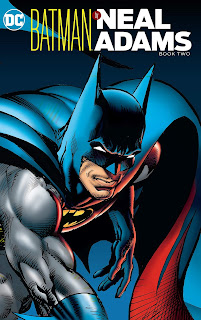 Batman by Neal Adams Book Two
Over the years, many artists have contributed to the look of one of the most iconic characters in popular culture: Batman. The most influential and popular may be Neal Adams, who in the late 1960s put the Caped Crusader back in the shadows and updated his image for a new generation of fans. Now Adams' moody tales of the Dark Knight from the early 1970s are collected in trade paperback again, including a team-up story co-starring Deadman and the debut of the bestial Man-Bat. Collects BATMAN #219, DETECTIVE COMICS #395, #397, #400, #402, #404 and #407-408 and THE BRAVE AND THE BOLD #86 and #96. 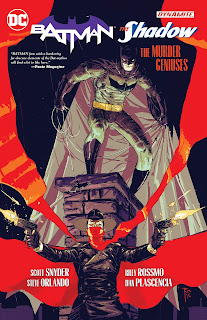 Batman/The Shadow: The Murder Geniuses
From the incredible minds of iconic authors Scott Snyder and Steve Orlando comes the resurgence of a classic noir character. The Shadow was a major influence of the Batman himself and now appears in this incredible six issue crossover event. While investigating the murde of a Gothamite, Batman identifies his prime suspect as Lamont Cranston... but there are two problems with that. One, Batman is not aware Lamont's alter ego is the master detective known as the Shadow. Two, and more importantly, Cranston seems to have died over half a century ago!Collects BATMAN/THE SHADOW #1-6 and stories from BATMAN ANNUAL #1. 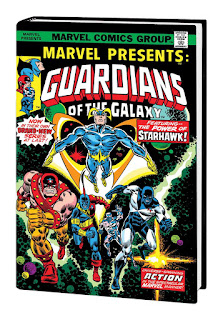 Guardians of the Galaxy: Tomorrow's Heroes Omnibus
A thousand years from now, Vance Astro, Yondu, Martinex and Charlie-27 will rise to free the enslaved planet Earth -- as the Guardians of the Galaxy! Soon, Captain America, Doctor Strange, the Thing, the Hulk and more join the time-spanning heroes in the war to reclaim the future! Threats arise from other worlds -- as well as new allies Nikki and the uncanny Starhawk! But when Guardians and Avengers join forces in the present day, will even the combined might of two millennia be enough to stop the deranged demigod Michael Korvac? Plus: the Silver Surfer, Ms. Marvel, Spider-Man and Adam Warlock!Collecting: MARVEL SUPER-HEROES (1967) #18; MARVEL TWO-IN-ONE (1974) #4-5, #61-63 and #69; GIANT-SIZE DEFENDERS #5; DEFENDERS (1972) #26-29; MARVELPRESENTS #3-12; THOR ANNUAL #6; AVENGERS (1963) #167-168, #170-177 and #181; MS. MARVEL(1977) #23; and MARVEL TEAM-UP (1972) #86.Written by ARNOLD DRAKE, STEVE GERBER, STAN LEE, ROGER STERN, LEN WEIN, JIM SHOOTER, DAVID MICHELINIE, CHRIS CLAREMONT, MARK GRUENWALD & MORE
at January 02, 2019