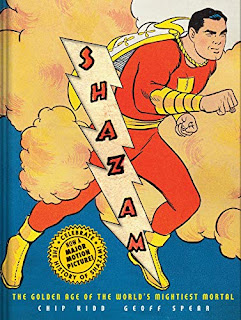 Shazam!: The Golden Age of the World's Mightiest Mortal
Shazam made his debut in Whiz Comics in 1940, and outsold his biggest competitor, Superman, by 14 million copies a month. It wasn’t long before a variety of merchandise was licensed—secret decoders, figurines, buttons, paper rockets, tin toys, puzzles, costumes—and a fan club was created to keep up with the demand. These collectibles now sell for outrageous prices on eBay and in comic book stores and conventions. Seventy years later, an unprecedented assortment of these artifacts are gathered together by award-winning writer/designer Chip Kidd and photographer Geo Spear. Join Kidd, Spear, and the World’s Mightiest Mortal in this first, fully authorized celebration of ephemera, artwork, and rare, one-of-a-kind toys, and recapture the magic that was Shazam! 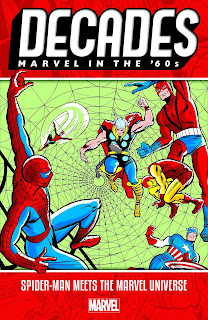 Decades: Marvel in the 60s - Spider-Man Meets the Marvel Universe
Celebrate 80 years of Marvel Comics, decade by decade - and see how Spider-Man became an icon of the (Web) Swinging Sixties! The ever-sociable wallcrawler helped build the connected Marvel Universe we know and love with these early team-ups (and tussles) with his fellow heroes - beginning with his bid to join the Fantastic Four! Witness the beginnings of Spidey's amazing friendships with the Human Torch and Daredevil -and his fi rst run-ins with the Hulk, Avengers, X-Men and more! Plus, the legendary Steve Ditko unites his signature characters, Spider-Man and Doctor Strange!COLLECTING: AMAZING SPIDER-MAN (1963) 16, ANNUAL 2-3; STRANGE TALES ANNUAL 2; AVENGERS (1963) 11; DAREDEVIL (1964) 16-17, 27; X-MEN (1963) 35; FANTASTIC FOUR (1961) 73; MATERIAL FROM AMAZING SPIDER-MAN (1963) 1, 8, 14; FANTASTIC FOUR ANNUAL 1; TALES TO ASTONISH (1959) 57 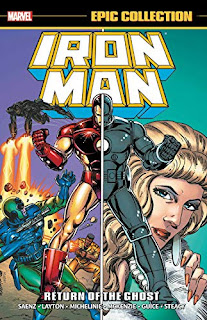 Iron Man Epic Collection: Return of the Ghost
The Ghost is back! As Tony Stark battles with the ramifications of the Armor Wars, he must convince the world that there's a new Iron Man -and what better way to boost Shell-Head's popularity than stopping a nuclear satellite from crashing to Earth! Spider-Man helps out against the Radioactive Man, as Steve Rogers and Ant-Man drop by! But as an alien spreads horror in orbit, the Rhino wreaks havoc on Earth! Fearsome foes are lining up to take Iron Man down -but will Blacklash, Blizzard and Boomerang help him against the Ghost? And will the most dangerous threat of all be Grey Gargoyle, the Mandarin, Doctor Doom...or Tony's new flame, Kathy Dare?! Plus, Iron Man stars in the world's first computer-generated graphic novel!COLLECTING: VOL. 14: IRON MAN (1968) 233-244; IRON MAN: CRASH; MARVEL FANFARE (1982) 22-23, 44 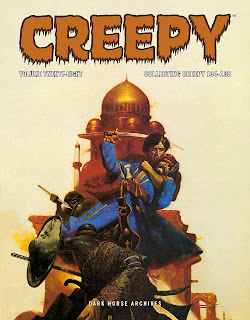