ITEM! Charles Schulz shares his thoughts on citizenship in a letter to a fan. 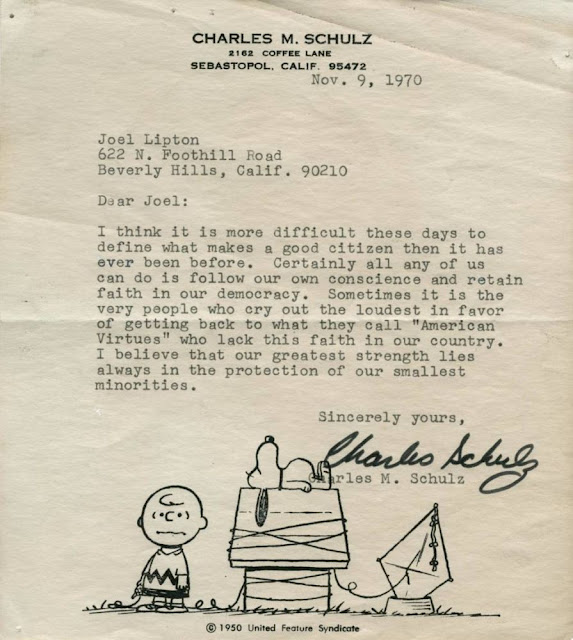 ITEM! Remember "Battle of the Planets"? I used to watch the heck out of it after school. Good to hear I wasn't alone! 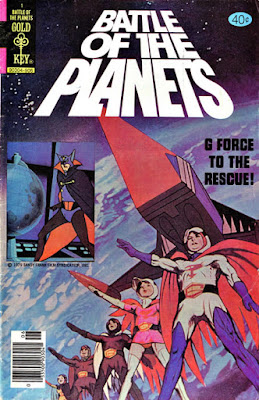 ITEM! Steve Ditko, co-creator of Spider-Man and Doctor Strange, among other comic book characters, was a prolific self-publisher in his later years. Collaborating with scholar/fan/publisher Robin Snyder created many black-and-white collections that featured new stories and characters, along with autobiographic pieces about his comics career and his Objectivist philosopy. Now Snyder has plans to make those comics available in commercial editions via Amazon and Barnes and Noble. 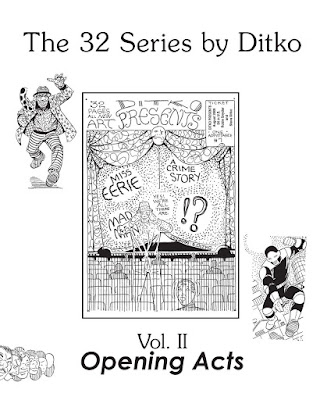 ITEM! These are cool. 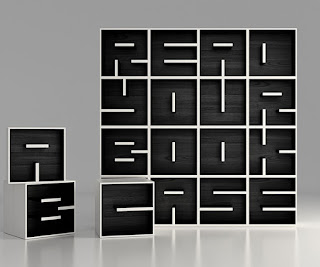