New Comics Day: Infinity War Omnibus; Batman and the Outsiders; Ye; Is This How You See Me? 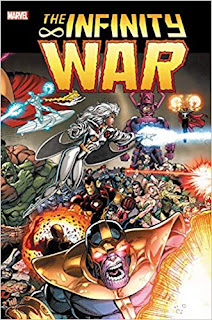 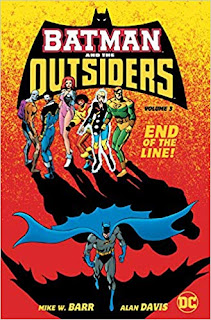 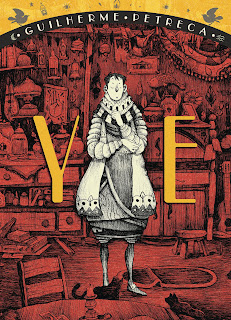 Ye by Guilherme Petreca
Jaw-dropping full-color artwork breathes life into a mute boy's fantastic odyssey through time and space in this award-winning debut from the booming Brazilian comic scene.Ye is a curious young man, named after the only sound he knows how to make. His voice must have been stolen by the Colorless King, the source of all the world's sorrows -- terrifying, unrelenting, all-taking and never-giving. Now, Ye has no choice but to embark on a long voyage over land and sea, past grizzled pirates, a drunken clown, and more, to find the famous witch who can help him defeat the Colorless King. What he discovers may be a lesson for us all.Young cartoonist Guilherme Petreca won Brazil's prestigious HQ Mix Award for Best Artist due to the unforgettable imagery on every page of Ye, his first full-length graphic novel. In the tradition of The Little Prince, The Neverending Story, and A Wrinkle in Time, this graphic fable will leave young and old readers awestruck and eager to relive the journey. 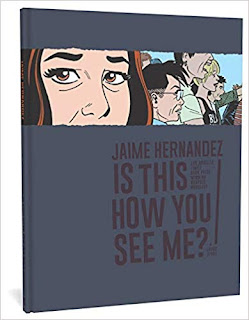 Is This How You See Me? by Jaime Hernandez
Maggie and Hopey leave their significant others at home and take a weekend road trip to go to a punk scene reunion in their old neighborhood. Threaded throughout are flashbacks to 1979, during the formative stages in their lifelong relationship, as the perceived invincibility of youth is juxtaposed against all of the love, heartbreak, and self-awareness that comes with lives actually lived. Serialized over the past four years in Love and Rockets: New Stories and the new comic book series, Is This How You See Me? collects Hernandez’s unsentimental, long-form masterpiece together for the first time.
at April 03, 2019