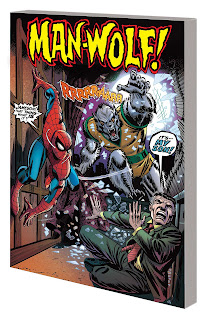 Man-Wolf: The Complete Collection
When J. Jonah Jameson's astronaut son, John Jameson, brings a strange red gemstone back from the moon, he finds himself transformed into the macabre Man-Wolf! Becoming a lycanthropic creature on the loose, the Man-Wolf battles Spider-Man, Morbius, Kraven the Hunter and more - while investigator Simon Stroud comes ever closer to the Man-Wolf's true identity! Jameson soon discovers the truth behind the gem - but does his destiny lie in Other Realm wielding the sword of the Stargod? Or will the parasitic stone mean his destruction? Man-Wolf takes on Frankenstein's monster, She-Hulk and more - but can Spider-Man save him from a fate worse than death? Collecting AMAZING SPIDER-MAN (1963) #124-125 and #189-190; GIANT-SIZE SUPER-HEROES #1; CREATURES ON THE LOOSE #30-37; MARVEL PREMIERE #45-46; MARVEL TEAM-UP (1972) #36-37; SAVAGE SHE-HULK #13-14 and material from PETER PARKER, THE SPECTACULAR SPIDER-MAN ANNUAL #3. 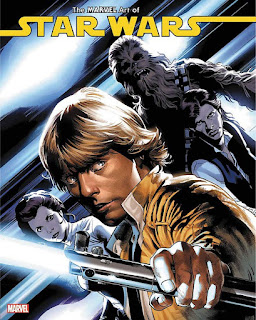 The Marvel Art Of Star Wars
The Force is strong with the artists who have continued the adventures of Luke, Leia, Han and the rest since Star Wars returned to Marvel! This stunning volume celebrates the talents who have illustrated some of the finest covers and pages featuring the galaxy far, far away - including John Cassaday, Stuart Immonen, Leinil Francis Yu, Salvador Larroca and Mike Deodato Jr.! Filled with insights from many of the artists themselves, and those that have worked with them, and featuring never before seen behind-the-scenes artwork, this gorgeous HC spotlights all your favorites - including Lando, Chewbacca and, of course, Darth Vader - as well as brand new characters like Doctor Aphra, Sana Starros and the killer droids, Triple-Zero and Beetee! 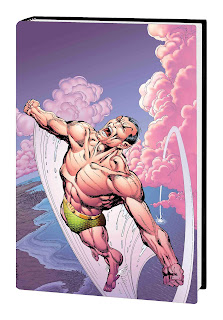 Namor the Sub-Mariner by John Byrne and Jae Lee Omnibus
A radical reinvention of Namor, the Sub-Mariner by comics legends John Byrne and Jae Lee! First, Byrne writes and draws the iconic Marvel hero as Namor enters the cutthroat world of corporate intrigue! The Sub-Mariner faces the subtle threat of the diabolical Marrs twins, stands trial for his attacks on New York...and gets beheaded?! Namor reforges alliances with old friends the Invaders, battles long-forgotten foes from WWII and unravels the mystery behind the resurrection of the immortal Iron Fist! Then, as Jae Lee takes the artistic reins, crafting dark and moody visuals, Namor confronts Doctor Doom and Master Khan, struggles to regain his memory - and returns to Atlantis to face a foe unlike any other!COLLECTING: NAMOR THE SUB-MARINER 1-40, ANNUAL 1-2; MATERIAL FROM INCREDIBLE HULK ANNUAL 18; SILVER SURFER ANNUAL 5; DOCTOR STRANGE, SORCERER SUPREME ANNUAL 2
at October 02, 2019