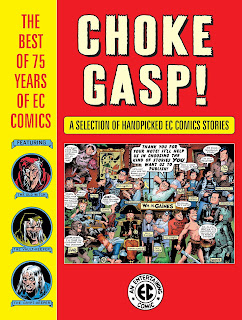 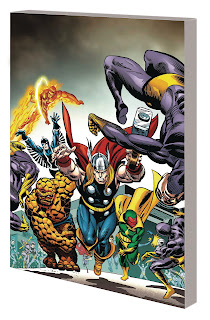 Avengers vs. Fantastic Four
Earth's Mightiest Heroes and Marvel's First Family share some of their greatest adventures! First, it's the battle of the century -- the Hulk vs. the Thing! And it'll take the combined forces of both teams to stop the destruction! Worlds collide again when Ultron-7 crashes Quicksilver and Crystal's wedding! And the Avengers and the Fantastic Four each have roles to play in cosmic encounters with Annihilus and the Skrulls! Then, on a break from the FF, Mr. Fantastic and the Invisible Woman actually join the Avengers for the Super-Nova saga! The New Avengers and the Fantastic Four face the Kree - -but why are Hank Pym and the Mighty Avengers breaking into the Baxter Building?!COLLECTING: FANTASTIC FOUR (1961)#25-26, 150, and 255-256, FANTASTIC FOUR ANNUAL #19; AVENGERS (1963) #127, 233, and 301-303, AVENGERS ANNUAL #14; NEW AVENGERS: AAFES #1; MIGHTY AVENGERS (2007) #25-26 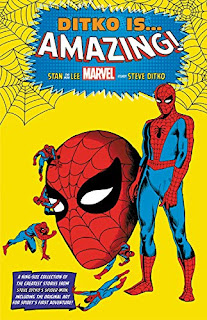 Ditko is…Amazing! King-Size
Steve Ditko is one of the most infl uential creative minds in popular culture. Steve Ditko is a one-of-a-kind visionary. Steve Ditko is the co-creator of Marvel icons including Spider-Man and Doctor Strange. Steve Ditko is...amazing! Marvel proudly presents the incomparable Amazing Spider-Man work of Steve Ditko in our massive King-Size format. From Spidey's Amazing Fantasy #15 debut to the fi rst appearances of villains like Mysterio and Doctor Octopus, it's like experiencing these classics for the very fi rst time. Ditko's Spider-Man adventures, including the Master Planner saga - an epic considered by many to be the greatest Spider-Man story - defined the spirit of a hero that has inspired millions. Also featuring a host of bonus material, including Ditko's original Amazing Fantasy #15 artwork!COLLECTING: AMAZING FANTASY (1962) 15, AMAZING SPIDER-MAN (1963) 3, 11-13, 24, 31-33 AND ANNUAL (1964) 1-2 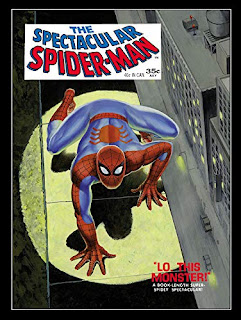 Spectacular Spider-Man: Lo, This Monster
In 1968, Spider-Man swung into a brand-new magazine-sized format - and the results were spectacular! With John Romita Sr. channeling film noir in his visuals and Stan Lee off ering longer stories for a more mature readership, these were Spidey tales like nothing that had come before! In the first issue, told in glorious halftone black-and-white, things get political as Richard Raleigh bids to be the next mayor of New York - but will his campaign be derailed by a monster running amok in the Big Apple? Then, Lee and Romita go fittingly full-color for the high-flying return of the Green Goblin - and deliver a feature-length showdown between Spidey and his archnemesis! Plus, revisit the origin of Spider-Man - as retold by Stan and his brother, Larry Lieber!COLLECTING: SPECTACULAR SPIDER-MAN (1968) 1-2 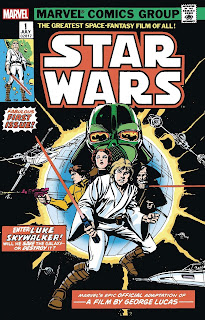 Star Wars #1 Facsimile Edition
Months before the first Star Wars movie had even arrived in theaters, Marvel Comics' STAR WARS #1 hit the stands, and introduced eager readers to a galaxy far, far away! Its cover asked: "Luke Skywalker: Will he save the galaxy or destroy it?" - and inside, readers eager to know the answer joined Luke on the first, fateful steps of his epic journey from the deserts of Tatooine to the very heart of the Rebellion! This opening chapter of Marvel's adaptation of George Lucas' cinematic masterpiece features the debuts of some of the most beloved characters in cinematic history - including Princess Leia, R2-D2, C-3PO, and of course, the ruthless enforcer of the Galactic Empire, Darth Vader! It's one of the all-time great Marvel comic books, boldly re-presented in its original form, ads and all! Reprinting STAR WARS (1977) #1. 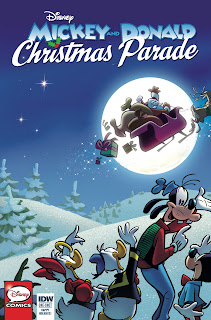 Mickey and Donald’s Christmas Parade 2019
It's the holiday season, and what better way to celebrate love, joy, good cheer, friends, and family than with eight moments brand new to the U.S.! There are plenty of heartwarming stories in this collection, so spend this Christmas with all your favorites as they celebrate the season in style!
at December 04, 2019