The Kinks' Lola Versus Powerman and the Moneygoround, Pt. 1 collected, expanded in new box set

This is the last of the front-to-back, truly great Kinks albums, in my view, before Ray Davies' conceptual pretensions too often started getting in the way of his writing strong, stand-alone tunes. (The same thing happened, around the same time, to Pete Townshend!)

You can order the box now from Amazon. 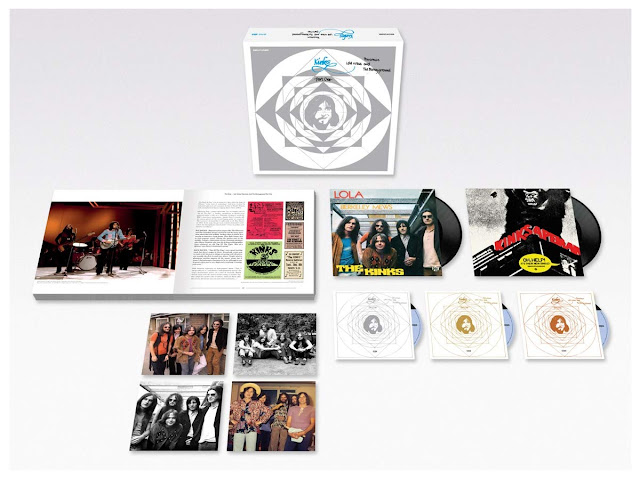 If you're not up for the full-meal deal, there's a double-CD version that includes the remastered album and what looks like the best outtakes.

Email ThisBlogThis!Share to TwitterShare to FacebookShare to Pinterest
Labels: The Kinks