Kamandi animated short on the way from DC Comics 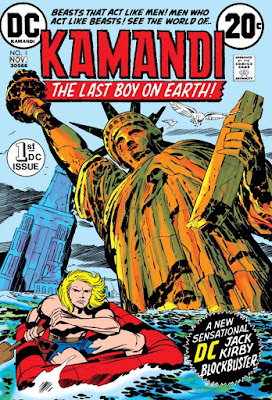 Man, I loved Kamandi back in the 1970s. The series charted the adventures of a long-haired, jean-short-wearing blonde kid in a post-apocalyptic USA, and was my first exposure to Jack Kirby's eccentric creative genius. The character was always a great candidate for an animated series or film, so it's great to see him finally getting some screen time.

According to DC, the "Kamandi: The Last Boy on Earth!" will appears on the Blu-ray release of the full-length animated film "Justice Society: World War II" this spring.