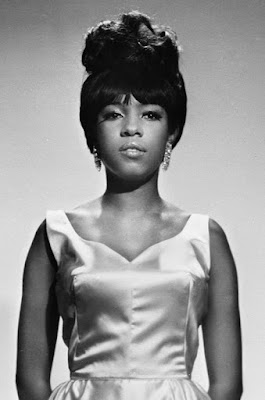 Singer Mary Wilson of the Supremes died yesterday at age 76. She formed the group in 1959 with Diana Ross and Florence Ballard and was the mainstay of the trio, backing Diana Ross through the hit years of the 1960s and staying on after Ballard was replaced by Cindy Birdsong in 1967 and after Ross left and was replaced by Jean Terrell in 1970.

Wilson later became a solo artist and wrote a best-selling autobiography, "Dream Girl: My Life as a Supreme," in 1986. In the years since, she continued to perform concerts, appear on TV and write books about her life inside and outside of Motown's most successful group.

Here she is taking a rare solo spotlight with the Supremes in 1969.

Email ThisBlogThis!Share to TwitterShare to FacebookShare to Pinterest
Labels: Supremes