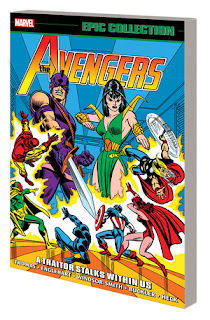 AVENGERS EPIC COLLECTION: A TRAITOR STALKS WITHIN US
Barry Windsor-Smith joins Roy Thomas for a three-part super-saga that assembles every Avenger from issue #1 to #100 against the combined threat of Ares and the Enchantress! Then, Steve Englehart takes the reins and begins his iconic tenure writing Earth's Mightiest Heroes with an excursion to the Savage Land, the return of the Black Panther, and the traitorous master plan of the Grim Reaper and the Space Phantom! Hawkeye quits the team just as Magneto arrives to battle the combined forces of the Avengers, the X-Men and Daredevil, Mantis makes her stunning first appearance, romance blooms between the Vision and Scarlet Witch, the Black Widow returns, and the Swordsman joins the Avengers' ranks! Collecting AVENGERS (1963) #98-114 and DAREDEVIL (1964) #99. 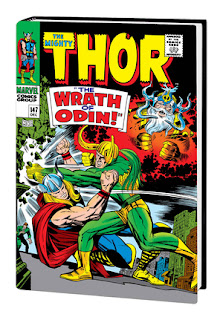 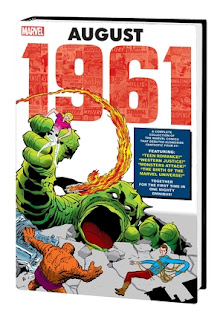 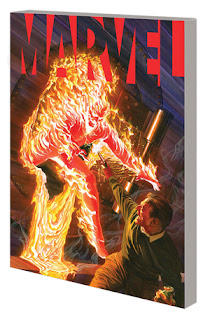 MARVEL TREASURY EDITION
Unforgettable stories from a once-in-a-lifetime assemblage of talent! Thirty years ago, Alex Ross had a vision for a new series showcasing Marvel's heroes in a way they'd never been seen before. The first realization of that idea became the blockbuster MARVELS -- but Ross Alex finally brings his original dream to life! MARVEL is an anthology of stories by unique, exceptional talents, many of whom are working with these characters for the very first time. And all these tales are linked together by an overarching story by Ross featuring the dread dream lord Nightmare, who threatens the entire Marvel Universe -- and possibly beyond! Featuring Spider-Man, the Avengers, the X-Men, the Thing, Doctor Doom, the Vision, Namor, the Sub-Mariner, Warlock, Rocket Raccoon, the Golden Age Black Widow and more! Collecting MARVEL #1-6. 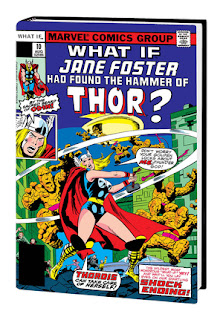 WHAT IF ORIGINAL MARVEL SERIES OMNIBUS VOL. 1
What if the Marvel Universe was not as you know it? Infinite realities offer infinite possibilities for classic creators to unleash their wildest imaginations -- and ponder: What if Spider-Man joined the Fantastic Four? Or Captain America rescued Bucky in World War II? Or Doctor Doom became a hero? The FF get different powers! Other people get Spidey's powers! Jane Foster finds the hammer of Thor! The Avengers assemble in the 1950s! Jack Kirby bombards the Marvel Bullpen with cosmic rays, Conan walks the modern day Earth and Doctor Strange becomes a disciple of Dormammu! Peter Parker stops the burglar who killed Uncle Ben, the Hulk keeps Bruce Banner's intellect, the Invaders fight on after World War II and the Invisible Girl marries Namor -- plus more thought-provoking tales that make you ask: What If? Collecting WHAT IF? (1977) #1-15 and #17-22. 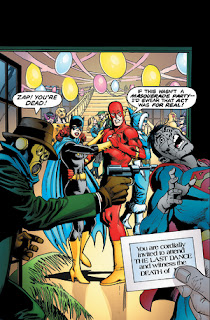 FLASH: THE DEATH OF IRIS WEST
Can the Fastest Man Alive outrun his worst nightmare? The Flash can't outrun the loss of his wife, but nothing will stop him from hunting down her killer. Follow along as Barry Allen races to find out who is responsible for the death of his wife, Iris...and hold them responsible. This title collects stories from The Flash #270-284. 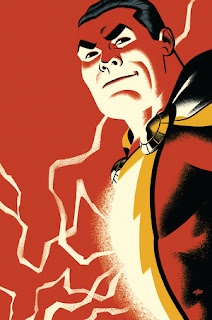 SHAZAM THE WORLDS MIGHTIEST MORTAL VOL 3
In 1973 DC brought back one of the most beloved superheroes of all time: Shazam! With the wisdom of Solomon, the strength of Hercules, the stamina of Atlas, the power of Zeus, the courage of Achilles, and the speed of Mercury, Shazam is one of humankind's most powerful champions! In these tales, the World's Mightiest Mortal fights against villains including Satan! Plus, don't miss the return of Captain Nazi, Kull, and everyone's favorite talking tiger, Mr. Tawny! Collects stories from World's Finest Comics #253-270 and #272-282 and Adventure Comics #491 and #492.
at February 06, 2021