Watching so much stuff lately... 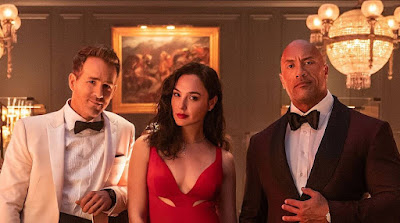 "Red Notice." Big, dumb, fun that totally hit the spot at the end of a gray, chilly day. This is pure escapism - a funny heist flick set that trots Bond-like around the globe. You can see the twists coming from a mile away, but the charming cast - Gal Gadot, Ryan Reynolds and Dwayne Johnson - save it, as does the witty dialogue, which occasionally hammers against the third wall, as when Reynolds calls out "look for the box labeled MacGuffin" when he and Johnson search a crypt for bejeweled egg, around which the plot revolves. 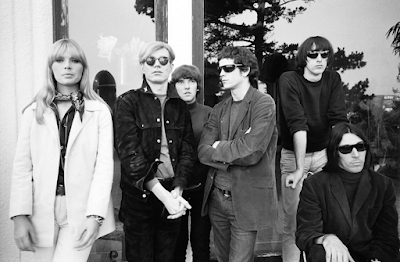 "The Velvet Underground." Todd Haynes' documentary on the 1960s' most neglected/loved band is a gem and, somewhat surprisingly for a band with an output and a history so dark, has real heart. Yes, the Velvets sang about, and struggled with, heroin and members Lou Reed and Nico were plagued not just by this drug, but by other problems besides.  But the film doesn't condemn or glorify any of that. Instead, it celebrates art, and the risks and alienation it entails.

The reason why (as Brian Eno [or somebody]) once famously said, everyone who heard the Velvets started a band, and why indy bands from the 80s through carried/carry their influence, is because the group never compromised or tried to fit in. Their lyrics told the truth in plain, gritty language and were matched by music that wasn't always pretty ("Sister Ray") except it sometimes was ("Sunday Morning," "Pale Blue Eyes").  The prize for that sacrifice is a handful of albums that still sound fresh, and still inspire, today.

The interviews here with surviving members John Cale and Mo Tucker, Reed's sister, and superfan Jonathan Richman (himself an uncompromising original), plus some great period footage, remind and instruct us to appreciate and listen, and listen again. 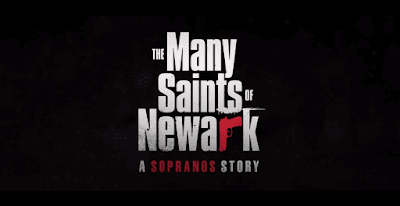 "The Many Saints of Newark." Sort of unbelievably, given how much I enjoyed "The Sopranos," this prequel film was a "meh." Putting the central focus on anyone but young Tony (uncannily portrayed by James Gandolfini's son, Michael) was a big mistake. It's Tony's troubled conscience that made the series not-just-another mob story. But, I'm afraid, that's what this is: another look at the twisted, but somehow admirable, codes observed by crime families and what happens when, predictably, people break them. I've seen mention of a potential prequel series, which I'm sorta hoping happens, providing that Tony isn't made a side character, as he essentially is in this film. 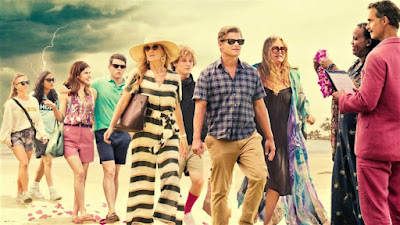 "White Lotus." This social satire, a mini-series on HBO Max, is funny and brilliant. A Hawaiian resort serves as a sort of "Fantasy Island" for the rich and dysfunctional. The visitors' "problems" are contrasted to those experienced by the resort staff in a sort of "Upstairs, Downstairs" and "Downton"-ish way, but with way more cussing, sex, drug use and shock male nudity. And that's just the first episode. If you're like me, you'll be watching eps 2 through 6 soon after and be left hankering for more. Murray Bartlett delivers a standout performance as the likable, and likably devious, resort host Armond, complete with Basil Fawlty vibes and mustache.