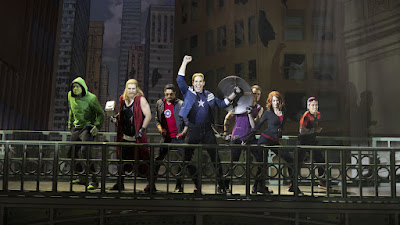 ITEM! Danny DeVito is writing a DC Comics' story featuring a romance between the Penguin and Catwoman - and he reached out to Michelle Pfeiffer for her approval.

ITEM! Listen to a complete song from the fictional "Captain America" musical.