Pop Diary: "Don't Look Up," "Being the Ricardos," Alfredo Alcala!

What I've been watching, reading, etc. 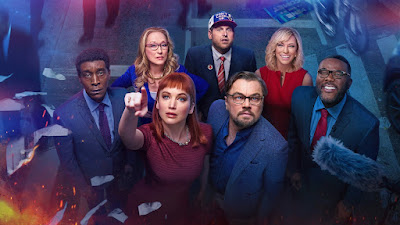 "Don't Look Up" is an arch satire that hits its mark much in the same way as does the huge asteroid that's hurtling its way toward Earth in the film's plot.

Despite scientific verification that, yes, a huge asteroid is on its way to wipe us all out, politicians refuse to engage in a solution because there's no percentage in it for them, the media just reports that "some people are saying this, but others say that," and the public just goes about its merry way buying stupid crap they don't need.

It's funny and too absurd to be true, right? But then you look around and realize that there are wildfires in January and we're STILL in a pandemic. Ouch.

Adam McKay and David Sirota's story isn't preachy because it doesn't preach. It simply, cooly holds up a funhouse mirror to our stupid faces. It's painful, but also very funny. The cast, which includes Leonardo DiCaprio and Jennifer Lawrence as the scientists who discover we're all doomed and, especially, Meryl Streep as the President, is excellent. Stay for the mid-credits scene. 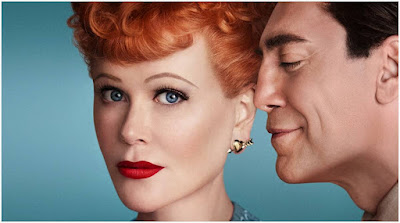 "Being the Ricardos" is also very smart, but is unfortunately too detached to capture one's emotions.

It's canny for a biopic to zero in one a pivotal period of its subject's life, as this film does, rather than to cover it cradle to grave. The story about how Lucille Ball came under the scrutiny of the House Un-American Activities Committee at exactly the same time she discovers Desi Arnez is cheating on her and, oh yeah, she's pregnant and has a live TV show to perform, is compelling to be sure.

But despite Nicole Kidman disappearing into the lead role and Javier Bardem banging Desi's bongos to beat the band, I never got that attached to the characters. Kidman looks and talks like Lucy, but there's no real warmth and surprisingly little humor in the scenes and dialogue she's been provided. Some laughs would've made this a much better picture. I would, however, love to see J.K. Simmons in "The William Frawley Story" as a sort of sequel. 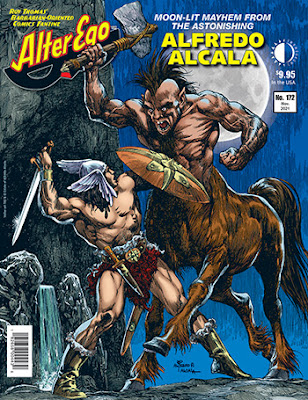 Alter Ego #172 shines a much-deserved spotlight on the brilliant Filipino comics artist Alfredo Alcala, who penciled and/or inked reams of comics for Marvel and DC during the Bronze Age, when mainstream comics, according to me, were at their best.

I remember gawking at Alcala's amazing embellishments to John Buscema's pencils on all of those long, black-and-white Conan stories during the early 80s and was tantalized anew seeing all the Alcala art packed into this issue. Long interviews with the artist's sons, plus lots of family photos, give us a decent biography.

Apart from the art, which is a triumph, Alcala's life wasn't easy. Moving to the States when the Phillipines were under the control of the Marcos regime meant that he couldn't return home. As a result, he didn't see the family he left behind for many years, But, even though some of the details are sad, it was nice to learn more about this remarkable creator, whose work was a big part of my comics-reading youth. Order a copy here.