There's a campaign afoot for a Google doodle celebrating the 100th birthday Feb. 8 of Batman co-creator Bill Finger. Although artist Bob Kane nabbed all the credit for the character during Finger's lifetime,  the character would never have been the same without Finger's concepts and scripts. Below, cartoonist Ty Templeton provides and example of what Batman might have looked like without Finger's input. 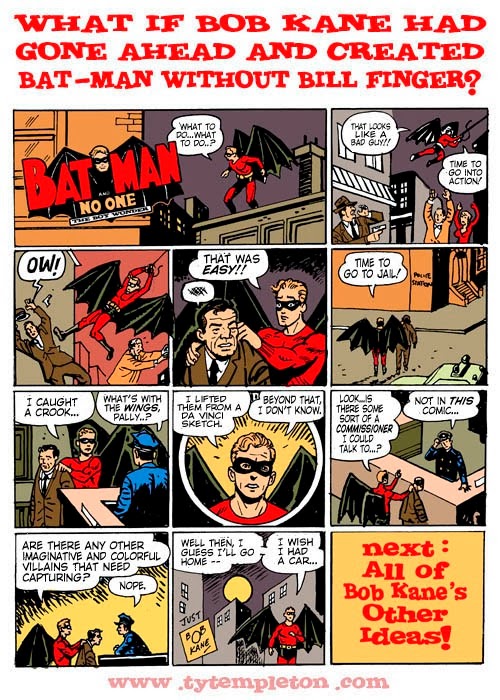 Variety has a nice new interview with Ringo Starr who recently joined Paul McCartney for a performance at the Grammys. The duo also will appear in an upcoming special celebrating the Beatles' first appearance on the "Ed Sullivan Show."


....his relationship with Paul is stronger than ever. “If we’re in the same town, a lot of times we hook up,” Ringo says. “We’re the two people (left) who actually experienced the life we led in the Beatles. Besides that, we have the rest of our life to relate to. I’ve been on several of his records, he’s been on mine. It’s not like we don’t work together; it’s just that we don’t make a fuss about it.” 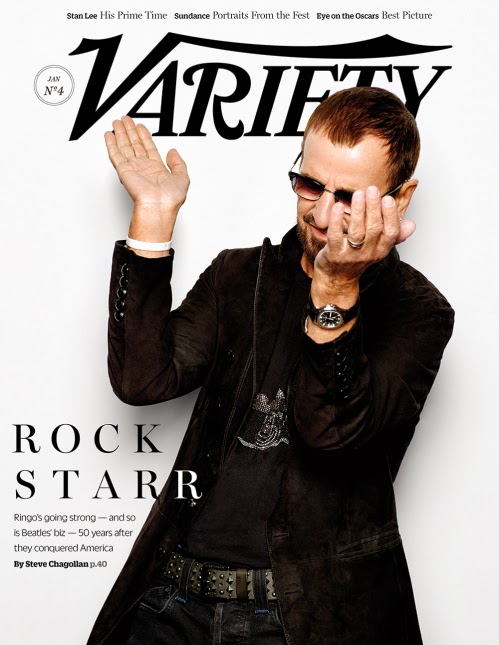 
I can't recall ever liking a comic book version of a cartoon or comic strip that didn't look reasonably like the cartoon or comic book. I mean, the way Roger draws these characters -- that's what they look like! I'm sure he could come up with a great-looking squirrel but it wouldn't be Rocky. The Rocky he's drawing looks like Rocky. 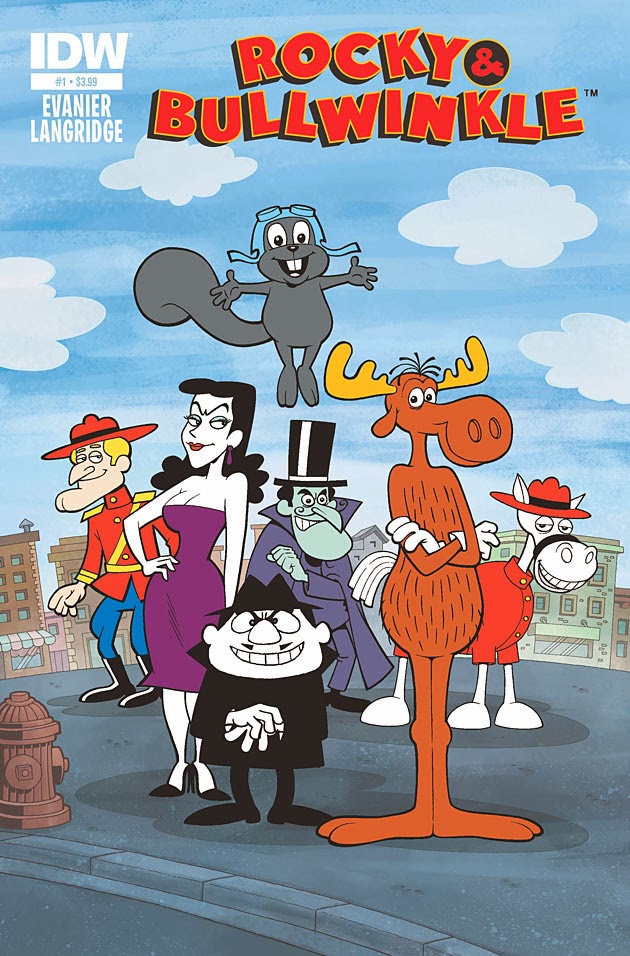 Via BoingBoing: Why Stevie Wonder's clavinet part in "Superstition" is even more awesome than you thought.