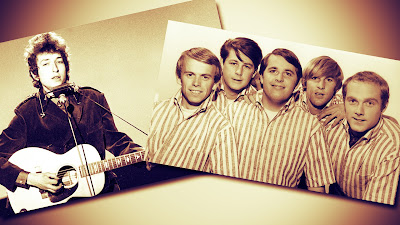 
On Monday 16th of May, 1966 two of the greatest albums of all time were released. Through archive, interviews and music from The Beach Boys' Pet Sounds and Bob Dylan's Blonde on Blonde, we tell the story of the music from that momentous day.


For the American music lover, the two albums would come to shape music history. Blonde on Blonde is considered Bob Dylan's magnum opus, while Pet Sounds is The Beach Boys' epic journey into the musical mind of Brian Wilson.

Fifty years on, we hear from those who remember that day - musicians who worked on the albums, and teenagers who saved up to buy the records but had a choice to make, Pet Sounds or Blonde on Blonde.

We hear of two lovers who danced in the kitchen to Pet Sounds. Wouldn't it Be Nice played as they talked of the future. On that day in 1966, Bob Dylan was playing in Sheffield, one of his forty or so worldwide shows. One Dylan fan remembers it like it was yesterday. The next day Dylan would play Manchester and be called "Judas".