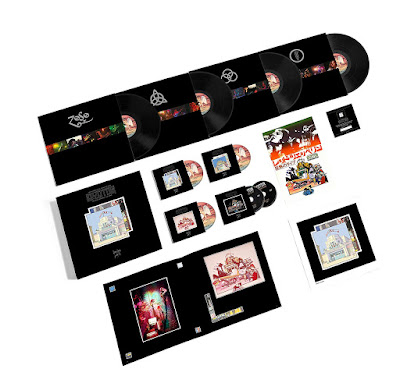 Out Sept. 7. Pre-order from Amazon now.

THE SONG REMAINS THE SAME is the soundtrack to the legendary concert film of the same name, which was released in 1976. The performances in the film were recorded July 27-29, 1973 at Madison Square Garden during the band’s tour for its then-current studio album, Houses Of The Holy.The Super Deluxe Boxed Set will be the most exquisite and elaborate release in the reissue series, recreating the intricate embossing of the set’s original issue and will also mark the first time the full length film and soundtrack have been available in the same package.

Email ThisBlogThis!Share to TwitterShare to FacebookShare to Pinterest
Labels: coming up, Led Zeppelin