Our picks. Click the links to pre-order items from Amazon. 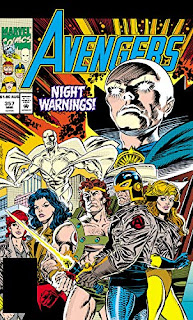 Avengers Epic Collection: Fear the Reaper
When come the Gatherers! First, the machinations of Hera and Ares pit Hercules against Thor! A visit from the Starjammers and the X-Men proves painful for the Black Knight - and so do his feelings for Crystal and Sersi! And the demonic return of a classic villain teaches the Avengers to fear the Grim Reaper - not to mention his shambling Legion of the Unliving! Then, the Gatherers - Proctor, Magdalene and the Swordsman, plus Sloth and Cassandra - attack at last! But what is the secret behind their dastardly plan - and why is their next target Black Panther? Plus, the Avengers aid Arkon! And Captain America, Thor and the Fantastic Four are drawn into the time-travel saga of Citizen Kang!
COLLECTING: VOL. 23: AVENGERS (1963) 348-359, ANNUAL 21; MATERIAL FROM CAPTAIN AMERICA ANNUAL 11, THOR ANNUAL 17, FANTASTIC FOUR ANNUAL 25 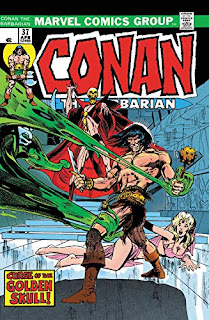 Conan the Barbarian: The Original Marvel Years Omnibus Vol. 2
The legend of Conan continues! Tired of the thieving life, Conan signs on as a mercenary for the warring kingdom of Turan. The enemy will tell of Conan's legendary skill in battle - if any of them live to tell the tale - but palace intrigue may prove more dangerous to the barbarian. After all, it's never wise to bed a wizard's woman. Then, Conan joins with Red Sonja for a multipart adventure. Last, but far from least, we present Roy Thomas and Gil Kane's never-before-reprinted GIANT-SIZE adaptation of "The Hour of the Dragon," the iconic story of how Conan became king and conqueror and met the woman who would become his wife. And it's all restored to the original coloring!
COLLECTING: CONAN THE BARBARIAN (1970) 27-51, ANNUAL (1973) 1, GIANT-SIZE CONAN (1974) 1-4 AND MATERIAL FROM SAVAGE SWORD OF CONAN (1974) 1, 8 AND 10 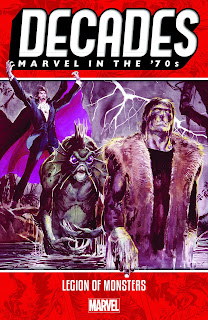 Decades: Marvel in the 70s - Legion of Monsters
Celebrate 80 years of Marvel Comics, decade by decade - together with the groovy ghoulies of the Supernatural Seventies! It was an era of black-and-white magazines filled with macabre monsters, and unsettling new titles starring horror-themed "heroes"! Now, thrill to Marvel's greatest horror icons: The melancholy muck-monster known as the Man-Thing -whosoever knows fear burns at his touch! Morbius, the Living Vampire! Jack Russell, cursed to be a Werewolf-by-Night! And the flame-skulled spirit of vengeance, the Ghost Rider! But what happens when they are forced together to become...the Legion of Monsters? Plus stories starring Dracula, Frankenstein's Monster, Manphibian, the vampire-hunter Blade...and never-before-reprinted tales of terror!
COLLECTING: LEGION OF MONSTERS (1975) 1; MARVEL PREVIEW 8; MARVEL PREMIERE 28; MARVEL SPOTLIGHT (1971) 2, 5; FRANKENSTEIN (1973) 1; TOMB OF DRACULA (1972) 10; MATERIAL FROM SAVAGE TALES (1971) 1 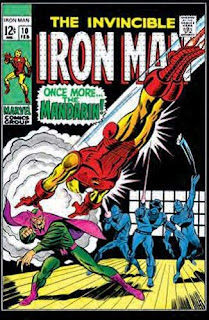 Iron Man Epic Collection: The Man Who Killed Tony Stark
Iron Man's nemesis, the Mandarin, has returned and he pushes the Golden Avenger to the breaking point. First, he pits Iron Man against the Incredible Hulk in a battle of the titans that only one will walk away from, and then he tears down Tony Stark after discovering he is Iron Man! It's an all-time Iron Man classic, and there's more where that came from. Tony Stark finds himself replaced by his own S.H.I.E.L.D. Life-Model Decoy. And this doppelganger doesn't just want to take Stark's place - he wants to take his life. Also featuring the Controller, the Titanium Man, the Crimson Dynamo, an epic throw-down with the Sub-Mariner and the first appearance of Madame Masque.
COLLECTING: VOL. 3: IRON MAN (1968) 2-24 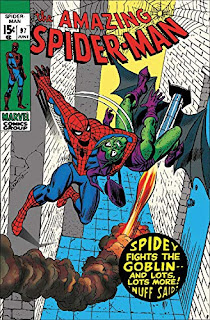 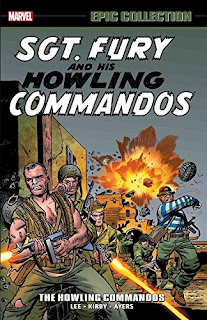 Sgt. Fury Epic Collection: The Howling Commandos
From the heart of the Silver Age Stan Lee, Jack Kirby and Dick Ayers bring you the World War II adventures of Sgt. Nick Fury! These creative titans took the Marvel method and applied it to the combat genre, creating the "war comic for people who hate war comics." Starring Fury, Dum Dum Dugan and the rest of the Howling Commados, the series was an instant hit and would even inspire filmmaker Quentin Taratino's Inglorious Basterds. In this augural Sgt. Fury Epic Collection, our heroes battle more Nazis than you can shake a bayonet at, team-up with Captain America and Bucky, battle the nefarious Barons Strucker and Zemo, and set out to capture Adolf Hitler himself!
COLLECTING: VOL. 1: SGT. FURY (1963) #1-19 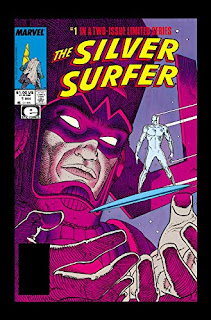 Silver Surfer: Parable 30th Anniversary Oversized Edition
One of the all-time great stories of the Silver Surfer, by the legendary Stan "The Man" Lee and visionary French artist Jean Giraud, aka Moebius - as stunning now as it was 30 years ago! A star falls to earth. Panic grips the planet as mankind prepares for its inevitable end. But the star is a ship, and inside is a god. All he asks is adoration. Overcome with relief, man rushes to obey. There is only one voice of dissent that will not be silenced: the Silver Surfer, who recognizes the "god" as his former master! But why has Galactus encouraged mankind to live down to his darkest nature? The Sentinel of the Spaceways stars in a bewitching tale of man's folly and nobility.
COLLECTING: SILVER SURFER (1988) 1-2 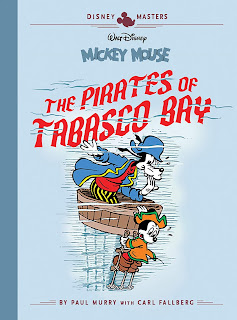 Disney Masters Vol. 7: Paul Murry: Walt Disney's Mickey Mouse: The Pirates Of Tabasco Bay
Mickey's uncle wants to bring the tourists back to his fading seaside resort -- and Mickey and Goofy think populating the pier with fierce pirate cosplayers is the perfect solution! But when our heroes unwittingly open the floodgates for a real pirate raid by Black Pete and his scurvy crew, it looks like our heroes will be going from plan to plank!
Our latest volume in the Disney Masters collection features a swashbuckling series of travels and travails -- from cowboy capers at "Yesterday Ranch" to the fan favorite mystery of "The Vanishing Railroad!" Seven Mickey serials in all -- all newly recolored in the warm colors of the original comic books!