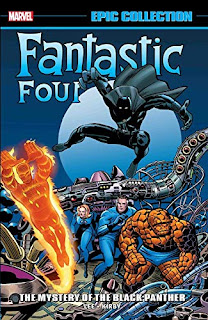 Fantastic Four Epic Collection: The Mystery Of The Black Panther
Stan Lee and Jack Kirby unveil yet another unmatched Marvel milestone: the first appearance of the world's fi rst African super hero, the Black Panther and his kingdom of Wakanda! And that's just the start! The Thing goes toe-to-toe with the Silver Surfer, the Human Torch faces his 1940s namesake, and the FF must face Doctor Doom - when he's armed with the Silver Surfer's Power Cosmic! Next, it's another instant classic with the first appearances of Blastaar, the alien Kree and Ronan the Accuser, Sentry 456, and that spaghetti-headed wonder, the Supreme Intelligence. If that wasn't enough, the utopian scientists of the Enclave unleash a golden being known as "Him" (A.K.A. Adam Warlock) upon the Marvel Universe.COLLECTING: VOL. 4: FANTASTIC FOUR (1961) 52-67, ANNUAL (1963) 4-5; MATERIAL FROM NOT BRAND ECHH (1967) 1, 5 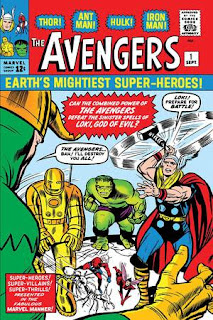 Marvel 80th Anniversary Poster Book
Celebrate eight decades of Marvel Comics by building an instant poster collection of some of the finest covers in the history of the House of Ideas - in all their oversized glory! Artistic greats from every era of comics history deliver the defi ning images of Marvel's greatest heroes, curated from a catalog of thousands! They are the iconic illustrations that are indelibly burned in your mind's eye - and now you can hang them in your home! We just hope you've got enough space on your walls! 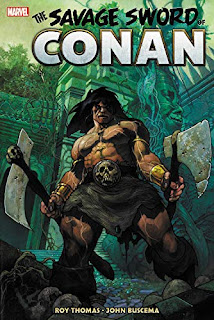 Savage Sword Of Conan: The Original Marvel Years Omnibus Vol. 2
SAVAGE SWORD OF CONAN, the cornerstone of Marvel's black-and-white magazine line, offered up stories of fiction's most famous barbarian unencumbered by the Comics Code. With the rules of civilized publishing cast off , SAVAGE SWORD presented ferocious, untamed tales the likes of which Conan himself would approve. Writer Roy Thomas and artistic greats, including John Buscema and Neal Adams, took full advantage, and the results were a sensation. Multipart sagas like "The People of the Black Circle" luxuriate in extended tellings, while a Buscema take on "The Tower of the Elephant" explores the nuance of an all-time Robert E. Howard classic. And we're topping it off with MARVEL COMICS SUPER SPECIAL #2, a tale of vengeance lavished with fully painted coloring.COLLECTING: SAVAGE SWORD OF CONAN (1974) 13-28, MARVEL COMICS SUPER SPECIAL (1977) 2 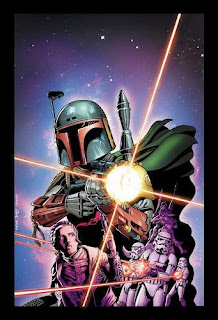 Star Wars Legends Epic Collection: The Original Marvel Years Vol. 4
The search for Solo! The loveable rogue, frozen in carbonite, has been taken to Jabba the Hutt - and our favorite rebels want Han back! But as Lando Calrissian returns to fi nd Cloud City a death trap, R2-D2 and C-3PO face a dangerous spacewalk! Elsewhere, Luke Skywalker braves a beast on Bazarre - and joins Chewbacca inside a Mind Spider! Leia undertakes an explosive mission! Shira Brie shares the story of her people! And in the wake of tragedy, Luke becomes a pariah! Screams in the void and threats like the Darker unsettle our heroes - but the hunt for Han soon leads the crew to bounty hunters Dengar, Bossk and IG-88! And the bizarre discovery of a golden statue of their lost friend leads to revelations from Han and Chewie's past!COLLECTING: STAR WARS (1977) 56-73, STAR WARS ANNUAL (1979) 2 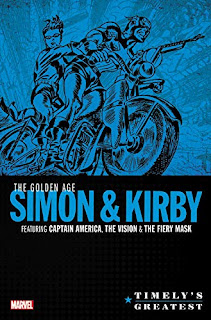 Timely's Greatest: The Golden Age Simon & Kirby Omnibus
Marvel proudly presents TIMELY'S GREATEST, a series of once-in-a-lifetime volumes presenting the greatest stories of the Golden Age, when Marvel was known as Timely Comics! Joe Simon and Jack Kirby entered the comic book field separately, and undoubtedly would have made major impacts on their own - but when their talents came together, it wasn't an impact, it was an earthquake. The Simon & Kirby team immediately became synonymous with innovative storytelling, powerful artwork and hit characters. They would birth some of the 1940s' most enduring creations, including the embodiment of a nation's fighting spirit: Captain America! This Omnibus collects Simon & Kirby's Timely Comics stories and covers, from the Vision to the Fiery Mask - and the rare Red Raven!
Collecting: Daring Mystery Comics 1-3, 6-8; Red Raven Comics 1; Marvel Mystery Comics 12-25; Human Torch 2 (1); Captain America Comics 1-10; USA Comics 1-3; All-Winners Comics 1-2; Young Allies Comics 1; Mystic Comics 7 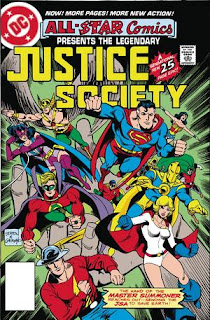 All Star Comics: Only Legends Live Forever
Witness the continuing adventures of the Flash, Green Lantern, Hawkman, Doctor Fate and Wildcat as they're joined by younger heroes Robin, Power Girl and Star-Spangled Kid to battle the Psycho-Pirate, the immortal Vandal Savage, the Injustice Society and more. The classic 1970s run of the Justice Society of America is now collected in a single volume from the pages of ALL-STAR COMICS #58-74, ADVENTURE COMICS #461-466 and DC SPECIAL #29. 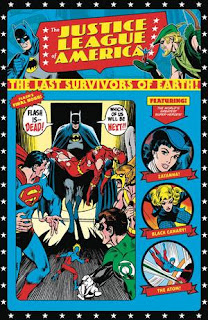 Justice League of America: The Last Survivors of Earth!
The Justice League of America welcomed the start of the 1970s with these tales from issues #77-84, #86-92, #94 and #95! In these stories that reflected the social issues of the day, the World's Greatest Heroes are betrayed by Snapper Carr, who's being manipulated by The Joker. Plus, the Vigilante comes out of retirement to help the team learn the truth behind a pollution-blasting factory; the team faces a Thanagarian arch-villain; the Red Tornado fights for his freedom; the survivors of a sunken continent that abandoned Earth return to wipe out humanity and much more! 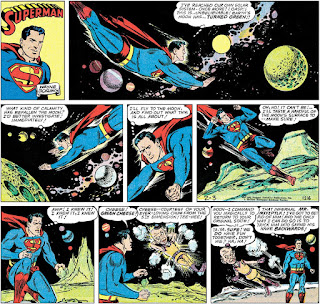 Superman: The Silver Age Sundays, Vol. 2: 1963-1966
In these classic adventures from January 27, 1963 until the series conclusion on May 1, 1966, the impish Mr. Mxyzptlk from the Fifth Dimension returns to exasperate the Man of Steel; Superman becomes Super-Cop to outwit a master spy when Metropolis's entire police force is disabled; tries to help a planet of blind people regain their sight, but loses his own powers in the process; fights it out with his arch enemy Lex Luthor on an alien planet where Luthor is the hero and Superman a villain; competes in the Interplanetary Olympics against a field in which everyone has super-powers; travels back in time with Lois Lane; and is reunited with the mermaid Lori Lemaris; plus more!
at April 27, 2019