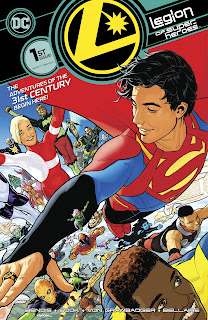 Legion of Superheroes #1
Welcome to the 31st century! Inspired by the acts of and lessons learned from the greatest heroes of all time, the Legion of Super-Heroes have gathered together to stop a galaxy from repeating its past mistakes. The greatest lineup of heroes in comic book history returns with new, fresh, and reader-friendly stories! Eisner Award-winning writer Brian Michael Bendis reteams with master artist Ryan Sook (Action Comics) for one of the most ambitious mainstream comic books ever created! Why have the Legion of Super-Heroes broken the cardinal rule of the United Planets and inducted Jon Kent, a.k.a. Superboy, into the Legion? What are they hiding? And what does it have to do with Aquaman’s long-lost trident? 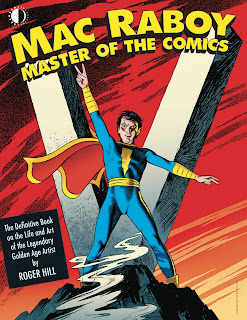 Mac Raboy: Master of the Comics
Beginning with his WPA etchings during the 1930s, Mac Raboy struggled to survive the Great Depression and eventually found his way into the comic book sweatshops of America. In that world of four-color panels, he perfected his art style on such creations as Dr. Voodoo, Zoro, The Mystery Man, Bulletman, Spy Smasher, Green Lama and his crowning achievement, Captain Marvel Jr. Raboy went on to illustrate the Flash Gordon Sunday newspaper strip, and left behind a legacy of meticulous perfection. Through extensive research and interviews with son David Raboy, and assistants who worked with the artist during the Golden Age of Comics, author Roger Hill brings Mac Raboy, the man and the artist, into focus for historians to savor and enjoy. This full-color hardcover includes never-before-seen photos, a wealth of rare and unpublished artwork, and the first definitive biography of a true Master of the Comics! 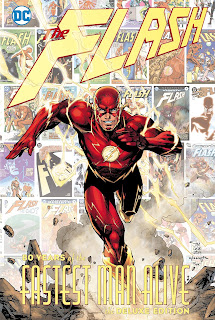 The Flash: 80 Years of the Fastest Man Alive
Over the past eight decades, The Flash has remained at the forefront of popular culture, which is in no small part thanks to all of his amazing over the years spanning various series and eras! Celebrate 80 Years of the Flash with DC, as we revisit classic stories from comics from the 1940s and onward, featuring some of The Flash's greatest allies and villains and work from some of the greatest creators ever to grace the graphic-literature medium! 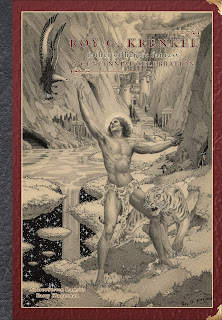 Roy G. Krenkel: Father of Heroic Fantasy - A Centennial Celebration
Krenkel illustrated numerous works by Edgar Rice Burroughs, as well as Robert E. Howard, Lin Carter, and more. But many of Krenkel's works--what he called his "Doodles," in a characteristically self-effacing manner--were rarely seen by even his biggest fans. And while many of Roy's doodles were simple drawings, many were finished illustrations done for the pure pleasure of creating art. Most of the images in this book are published here for the very first time (courtesy of and with the full cooperation of the Krenkel Estate), and nearly all have been painstakingly scanned from the original art (in a manner akin to IDW's Eisner Award-winning Artist's Edition series) with the goal being to showcase Krenkel's gorgeous original art in a way it has never been seen before. While the realms of science-fiction, heroic fantasy, paleontology, and historical reconstruction were particular specialties of Roy's, his pen, brush, and palette knew no boundaries. 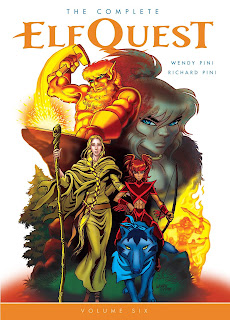 Complete Elfquest Vol. 6
This new treasury of the classic fantasy series by Wendy and Richard Pini collects deeper cuts of canonical backstories and Wolfrider essentials. Discover how humans, looking to escape their own barren lands, invade Bearclaw's forest and cause unseen disaster for the elves. Also collected are stories showcasing the deep bond of brotherhood between Cutter and Skywise. Whether hatching a plan to steal treasure from the Troll King, or dealing with magical madness that reverts one of them to feral wolf-mind, adventure is never far away from these two!This sixth volume of the New York Times best-selling series weighs in at over 500 pages. It collects short stories and full series including Wolfrider, Homespun,Troll Games and Soul Names, The Heart's Way, Jury, Wolfshadow, Full Circle, Searcher and The Sword, and The Discovery. 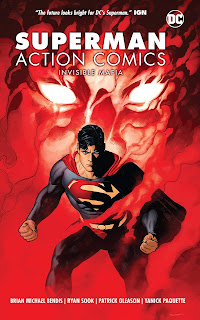 Superman: Action Comics Vol. 1: Invisible Mafia
The Daily Planet teeters on the brink of disaster! A new criminal element has made its way onto the streets of Superman's hometown! With mobsters being killed off and the Daily Planet staff hunting for answers, it's up to Superman to discover what lurks in the underside of the city he thought he knew so well. Who is the Red Mist, and why has Superman never heard of someone so powerful and dangerous? And what is Lois Lane doing with Lex Luthor?Collects Superman: Action Comics #1001-1006. 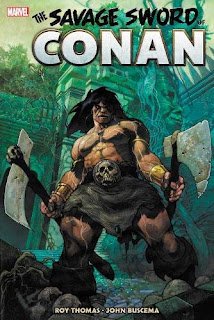 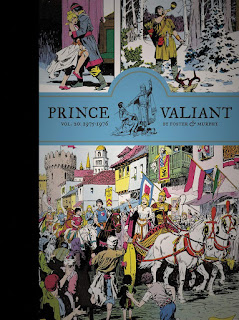 Prince Valiant Vol. 20: 1975-1976
Creator Hal Foster’s art returns for the Sunday newspaper comic strip series' 2000th strip, recalling the high points of the Prince Valiant legend. Then, Aleta’s younger sister Helene is gambled away by her husband to a Corsair mercenary, drawing Prince Valiant and his Singing Sword into a deadly duel. Includes a gallery of Hal Foster’s gorgeous art for the 1930 U.S. Naval Academy yearbook. Plus, an interview with Mad artist Angelo Torres, who assisted Prince Valiant artist John Cullen Murphy on the Big Ben Bolt strip. Full-color illustrations throughout.
at November 06, 2019