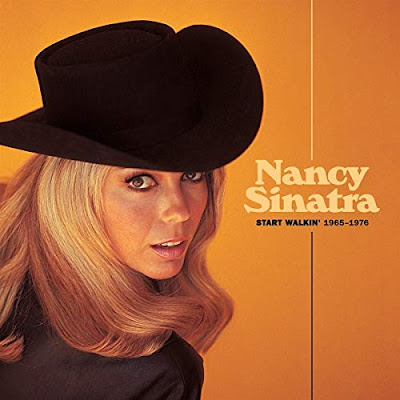 Out March 26. Available for pre-order now from Amazon.

As the eldest daughter of Frank Sinatra, Nancy was born into the spotlight. At 19, she made her professional debut in front of millions of Americans, appearing alongside her father and Elvis Presley on the television special Welcome Home Elvis.

Not long after, she released a series of singles. But those demure recordings didn't reflect the real Nancy Sinatra - that Nancy would be re-introduced to the world just a few years later, thanks to an unlikely musical partnership with songwriter and producer Lee Hazlewood.

Nancy's performance of Lee's song "These Boots Are Made for Walkin'" was a huge hit in 1966 and became her signature tune. The pair began a three year run of successful albums, duets and singles including "Sugar Town," "Some Velvet Morning," "Summer Wine," "Sand," "Jackson," and the title track to the 1967 James Bond film "You Only Live Twice."