Video finds: The Bonzo Dog Band sing "We Were Wrong" and "Jollity Farm"

A couple of Bonzo videos I hadn't seen before. New on YouTube. 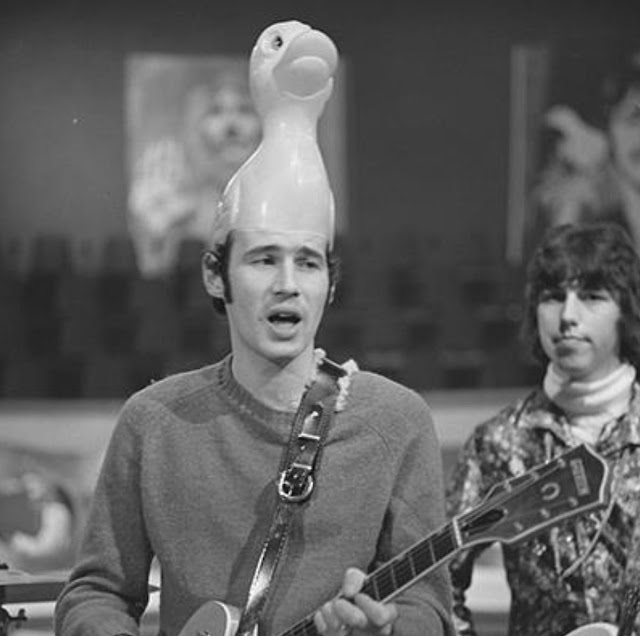 You can listen to the first of four episodes of "Neil Innes: Dip My Brain in Joy" now.

Diane Morgan celebrates the life and work of Neil Innes, the music and comedy legend of The Bonzo Dog Doo Dah Band & The Rutles. A towering talent, occasionally known as the 7th Python & regularly found with a duck on his head. His legacy of music and comedy is rich, inspiring and inspired.

Neil said of his work, “Shakespeare wrote comedies as well as dramas. I’m just like Shakespeare, except with better songs.” His influence permeates modern comedy and his back catalogue is diverse and prolific. Neil wrote and performed anarchic rock with The Bonzos, he penned and performed pitch-perfect pastiches of the Beatles for The Rutles, he appeared in Monty Python and the Holy Grail and Monty Python’s Life of Brian and he is one of only two non-Pythons with a writing credit on Monty Python’s Flying Circus – the other being Douglas Adams. He released over 20 albums including How Sweet To Be An Idiot, Innes Book of Records, and Recycled Vinyl Blues. And on top of being comedically and musically gifted, he was also a really nice man. A beautiful, kind, gentle soul. Considered, absurd, and delightful.

In Part One, Bangs, Belches, Smut & Smoke, we look at Neil's early life and his musical and artistic influences. And we go out on the road, and into the recording studio, with the group of absurd young men who came together by chance, to mutilate the trad jazz movement of the 1920s, to subvert the new wave of psychedelic pop and to nurture a quite deliberate misunderstanding of anarchy - The Bonzo Dog Doo Dah Band.

Neil died on Sunday 29th December 2019. He was 75. At the time of his death, he was working on a new album, and a project called Radio Noir, part-audio memoir, part-experimental work of art, part- exploration of the human brain and you will hear some extracts and some unreleased songs throughout the programme – that have never been broadcast.

Backed by a crack team of musicians, under the direction of Bill Leach, Livesley's one-hour performance gives weight and truth to that old theatrical cliché, "a comic tour-de-force".


The first person to be granted family permission to stage a production of Rawlinson End since Vivian's death in 1995, Livesley has turned this absurdly loquacious family drama, and rococo-curlicued musical play-for-voices into a hysterically joyous theatrical experience. As did Stanshall, Livesley speaks all the character voices himself, from the stentorian grotesqueries of foul Sir Henry to the sweetly sad laments of Great Aunt Florrie and the lonesome camperies of brother Hubert.