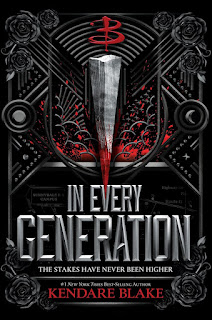 In Every Generation
Return to Sunnydale in a brand-new series by New York Times best-selling author Kendare Blake, set in the world of Buffy the Vampire Slayer.
Frankie Rosenberg wasn't yet alive when her mom, Willow, her aunt Buffy, and the original Scooby Gang destroyed the Hellmouth and saved the world from the First Evil. These days, life in New Sunnydale is blissfully quiet. Frankie is just trying to survive her sophomore year at the rebuilt high school and use her budding magical powers to make the world a better place.
But that world is suddenly plunged into danger when the slayer community is the target of a deadly attack, leaving the future of the line uncertain. Then Frankie discovers she's sort of freakishly strong. Oh, and there's something Willow never told her about her true identity.
Cue the opening credits.
Quicker than she can carve a stake, Frankie discovers there's more to saving the world than witty one-liners and stupid hot demons. now everyone looks to her for answers, but speaking up has never been her strong suit. And it's hard to be taken seriously when your mom is such a powerful witch she almost ended the world once, while your greatest magic trick is recycling.
Despite the many challenges standing in her way, Frankie must assemble her own bumbling Scooby Gang, get dressed up in Buffy's (vintage '90s) clothes, and become a new slayer for a new generation―before whatever came for the rest of the slayers comes for her next. 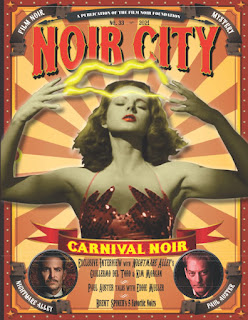 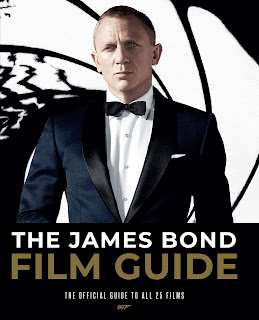 The James Bond Film Guide: The Official Guide to All 25 007 Films
Celebrating 60 years of James Bond films! The essential guide to all 25 Bond adventures, including No Time to Die, starring Daniel Craig!
The James Bond Film Guide has it all: facts on the stories, characters, vehicles, gadgets, and locations of each 007 movie. This authorized guide takes fans through six decades of one of the entertainment industry’s greatest, most-enduring film franchises ever, and it boasts nearly 1,000 photographs, posters, and movie images from the filmmakers’ extensive archives.
007 expert Will Lawrence, author of Blood, Sweat and Bond: Behind the Scenes of Spectre, delivers an indispensable guide to what happened in which film – and when – providing everything new and longtime fans alike could ever want to know about the world of James Bond. That phenomenal world has been at the center of EON Productions’ iconic film franchise, the long-running big screen series in history, since the release of Dr. No in 1962, and continuing later this year with No Time to Die. 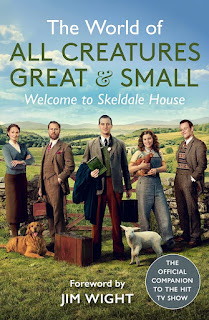 The World of All Creatures Great & Small: Welcome to Skeldale House
A detailed behind-the-scenes look at PBS Masterpiece's All Creatures Great and Small, based on James Herriott's beloved classic book series
Welcome to the wonderful world of Skeldale House: the veterinary surgery and bustling waiting room for the locals of Darrowby village and their animals.
In this exclusive behind-the-scenes book, go through the doors of the famous 1930s practice and discover the real-life inspirations for the TV remake of All Creatures Great & Small.
Offering exclusive insight into the making of the show, and paying homage to its impressive heritage, including Herriot’s bestselling memoirs and the long-running series, but also to the incredible backdrop of the Yorkshire Dales, this book is the ultimate celebration of a cast of characters – human and animal – who have been bringing us joy for over fifty years.
Along with exclusive interviews with the actors Nicholas Ralph, Samuel West, Rachel Shenton, Callum Woodhouse and Anna Madeley, you will get to know everyone from the vet advisor, the animal trainers and the animals themselves, to the director Brian Percival, the make-up stylists and the production team. Learn about their adventures on- and off-screen as they went about evoking the authentic experience of the house, the practice and its unforgettable setting. 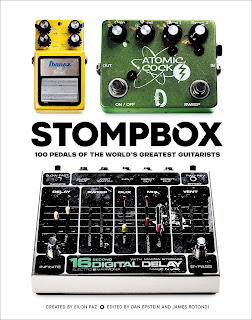 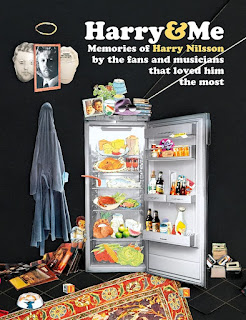 Harry and Me: 200 Memories of Harry Nilsson
by the fans and musicians that loved him the most
Harry Nilsson was The Beatles’ favourite recording artist but terrified of performing live. Consequently, only a tiny minority of the hundreds of fans and musicians who contributed memories to this collection of stories ever saw him play in front of any kind of audience. But it’s the songs—“there’s nothing like them” according to Jimmy Webb—and his vocal style—“the supreme singer of any generation” says producer Richard Perry—that keep the love of Harry Nilsson lingering so long after his death aged just 52 in 1994.     These very personal reflections by Harry on his career have been transcribed and added to the book and effectively make it Harry & Me… & Harry. Illustrated with rare and personal photos and memorabilia from the fans, Harry & Me is a beautifully designed treasure trove of the memories of a unique character who left an unforgettable legacy of some of the most life-affecting songs ever recorded. 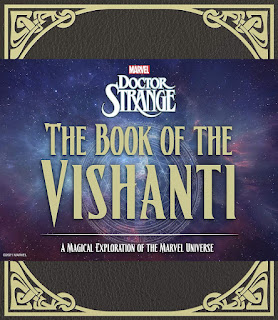 Doctor Strange: The Book of the Vishanti:
A Magical Exploration of the Marvel Universe
An immersive in-world guide to all things magical in the Marvel Universe
One of the most formidable and powerful items in the Marvel Universe, the sacred Book of the Vishanti contains an infinite number of potent spells, incantations, and lore from fantastic realms. Created thousands of years ago in the ancient city of Babylon to combat demons and those who wield dark magic, this tome has been passed down by the greatest sorcerers of the ages, each adding their own discoveries into its ever-expanding pages. Now in the possession of Doctor Strange, the Sorcerer Supreme and Earth’s foremost protector against mystical threats, the Book of the Vishanti acts as his first line of defense.
The greatest source of magical knowledge in our dimension, the Book of the Vishanti is the ultimate collection of spells, history, and personal accounts recorded by practitioners over centuries, including notes from Doctor Strange himself. Featuring detailed inscriptions, mind-bending illustrations, and everything you need to know about the heroes, villains, artifacts, creatures, and worlds that make up the mystical and supernatural side of the Multiverse, this book is a must-have for all Marvel fans. 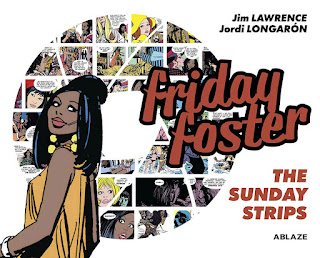 Friday Foster: The Sunday Strips
The Friday Foster comic strip is the story ofa former nightclub “camera bunny” turned photographer’s assistant turned fashion model. With an innate inclination to help others and a natural beauty that makes her a magnet for men, Friday often finds herself in some very sticky situations and world class adventures.
For the FIRST TIME EVER, the classic FRIDAY FOSTER newspaper color comic strip created by James D. “Jim” Lawrence (of Buck Rogers and James Bond fame) and illustrated by Jorge “Jordi” Longarón then later Gray Morrow is collected. The strip inspired the 1975 movie of the same name starring Pam Grier. The strip is the first mainstream comic strip starring an African-American character in the title role.
The book will also include a significant bonus section including multiple interviews, an expanded sketchbook section, artwork, photos, essays, articles, behind-the-scenes info, and more! 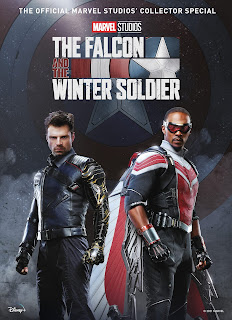 Marvel's Falcon and the Winter Soldier Collector's Special
Includes interviews with the cast and crew of Marvel Studios’ The Falcon and the Winter Soldier, along with exclusive photos and art. This special collector’s edition focuses on Captain America’s fighting companions, Sam Wilson and Bucky Barnes, played by Anthony Mackie and Sebastian Stan. 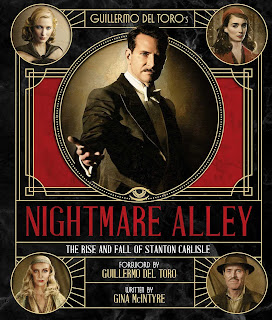 Guillermo del Toro's Nightmare Alley: The Rise and Fall of Stanton Carlisle
Join Oscar-winning filmmaker Guillermo del Toro for an intimate exploration of his darkly electrifying psychological thriller Nightmare Alley.
Comprehensive and insightful, Guillermo del Toro’s Nightmare Alley: The Rise and Fall of Stanton Carlisle, is the ultimate companion to the master director’s latest work.
• DISCOVER A RIVETING STORY: Inspired by William Lindsay Gresham’s cult 1947 novel, Nightmare Alley stars Bradley Cooper as Stanton “Stan” Carlisle, a talented but troubled drifter who takes up with a traveling carnival. Ingratiating himself with its troupe of misfits, Stan swindles his way to fortune and fame, but when he meets psychiatrist Lilith Ritter (Cate Blanchett), his greed and duplicity will put him on the path to self-destruction. Also starring Toni Collette, Willem Dafoe, Richard Jenkins, and Rooney Mara, Nightmare Alley is del Toro’s most ambitious film to date, an engrossing yet disturbing journey into the psyche of a tragic swindler whose own nature seals his fate.
• EXCLUSIVE INTERVIEWS: This deluxe volume delves into the creation of all aspects of the film through extensive interviews with del Toro and his cast and crew, including writer Kim Morgan, with whom he collaborated closely on the script.
• NEVER-BEFORE-SEEN CONCEPT ART AND PHOTOS: This incisive commentary is illustrated with a broad range of striking visuals from the production—including concept art and unit photography—that illuminate the film’s two distinct worlds: the ramshackle life of the traveling carnival and the sophisticated art deco trappings of 1940s Buffalo, New York.
• INSIGHTS FROM DEL TORO HIMSELF: Tracing the arc of a production that faced multiple challenges, not least of all the onset of a pandemic that threatened to derail shooting, del Toro and his team give deep insights into the complex psychology of the film’s protagonists and the process of bringing them to life on set. 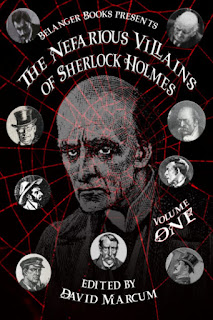 The Nefarious Villains of Sherlock Holmes Volume I
Sherlock Holmes and Dr. Watson! The names of the world’s greatest detective and his stalwart friend conjure up images of Victorian London, gaslit streets, hansom cabs, and dense fogs.
But there was more to the story than these heroes. There were the villains who dared to stand against them, carrying out their vile plans and evil schemes.
Who were these sinners, malefactors, and criminals? We only know the barest details, as provided to us from Watson’s pen in the very few sixty stories of the original Sherlockian Canon. Now, with this new volume from Belanger Books, we investigate further – into the lives and deeds and motivations of these Nefarious Villains of Sherlock Holmes.
In these two volumes are twenty four stories examining the best known villains – Professor Moriarty, for instance, and Colonel Moran, and Dr. Grimesby Roylott – and some others who might not be quite as famous, but who were just as vexing to the Detective and Doctor . . . names like Culverton Smith, Baron Maupertuis, and Abe Slaney.
Discover their histories and find out the events behind the stories that you think you know. Settle back for an exceptional Holmes anthology, and a walk along the Dark Side of the Canon . . . .
The game is afoot! 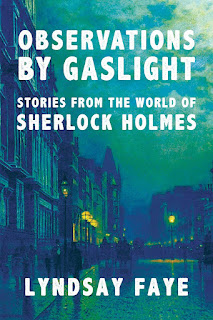 Observations by Gaslight: Stories from the World of Sherlock Holmes
One of PopSugar's Best New Mysteries and Thrillers of December 202
A new collection of Sherlockian tales that shows the Great Detective and his partner, Watson, as their acquaintances saw them
Lyndsay Faye―international bestseller, translated into fifteen languages, and a two-time Edgar Award nominee―first appeared on the literary scene with Dust and Shadow, her now-classic novel pitting Sherlock Holmes against Jack the Ripper, and later produced The Whole Art of Detection, her widely acclaimed collection of traditional Watsonian tales.  Now Faye is back with Observations by Gaslight, a thrilling volume of both new and previously published short stories and novellas narrated by those who knew the Great Detective.
Beloved adventuress Irene Adler teams up with her former adversary in a near-deadly inquiry into a room full of eerily stopped grandfather clocks.  Learn of the case that cemented the lasting friendship between Holmes and Inspector Lestrade, and of the tragic crime which haunted the Yarder into joining the police force. And witness Stanley Hopkins’ first meeting with the remote logician he idolizes, who will one day become his devoted mentor.
From familiar faces like landlady Mrs. Hudson to minor characters like Lomax the sub-librarian, Observations by Gaslight―entirely epistolary, told through diaries, telegrams, and even grocery lists―paints a masterful portrait of Sherlock Holmes and Dr. Watson as you have never seen them before.
New pop culture books